Companies in the UK could be facing fines of up to £17 million if they don’t have robust enough cybersecurity protection in place to protect data.
Yet 60% of digital businesses are predicted to suffer failures due to IT security problems by 2020, according to technology research specialist Gartner, and the https://www.gov.uk/government/organisations/department-for-culture-media-sport says that as many as two-thirds of bosses of the biggest companies in Britain have not had sufficient training to deal with a cyber attack of any kind.

Matt Hancock, the minister for Digital said that the report showed that there was still much progress to be made until all organisations have adopted best practices in cyber protection.

The recent ransomware attack known as Wannacry, which attacked parts of the NHS, Telefónica in Spain and FedEx in the US, could have been easily avoided had systems been kept up to date. More recently, broadcasting network HBO suffered the embarrassment of having a script of a Game of Thrones episode leaked after cybercriminals hacked into their system. IT failure can be devastating enough, but the damage to a business’s reputation can be catastrophic. Customers are quick to switch to competition if they think that their interests have been left unprotected for cybercriminals to plunder, as ex-CEOs of Yahoo and TalkTalk have discovered. 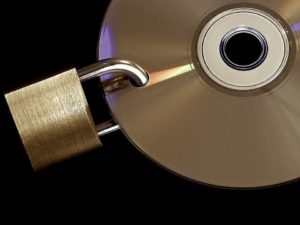 Increasingly sophisticated protection is needed to avoid future attacks. Keeping up with the latest digital developments can be a challenge for the best of cybersecurity professionals, but fortunately, solutions such as endpoint security management from providers such as can provide a holistic approach to protecting entire systems. Businesses can also use Membership Management Systems such as those provided by ofec.co.uk/web-and-software-development-services/membership-management-systems.aspx to ensure that they are comploant with new legislation such as GDPR.

By inspecting what’s going on with all types of devices that may be connected to the network, systems like these can detect potential breaches before they have the chance to wreak havoc on the business.

But it’s not just up to the IT savvy to protect the business. Traditionally something of an isolated post, the IT boss was responsible for managing the solution. But since cybersecurity now covers every aspect of a business, all members of a company’s leadership team need to be involved and take responsibility.

Mr Hancock has urged businesses and charities to take up the training and advice on offer from the government and to work with the National Cyber Security Centre.